This tool provides an estimate on rural basic water access, providing the percent of the rural population in each district in a given country living near a water point that provides water.

This tool begins by importing the latest available data from WPDx for the given district. Next, it imports high resolution population maps of the district from ESRI’s Living Atlas. This provides an estimate of the number of people living within every 250m x 250m grid square in the district. All urban areas (based on population density) are removed from the analysis. The tool then draws a circle around all functional water points with a radius equal to the access distance provided. The total population in all of these grid squares are added together. This total number of people with water access is divided by the total estimated rural population. The result is the percentage of rural population with access to a water point that is providing water. 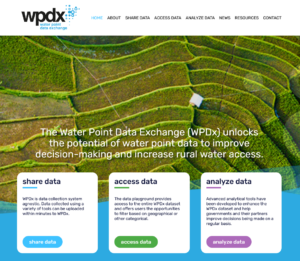 DataRobot, an automated machine learning platform that helps build and deploy accurate predictive models, has partnered with the Global Water Challenge (GWC) to pilot their